The Tacoma Moon Festival will be held on Saturday, September 10, 2022, at the Chinese Reconciliation Park (741 N. Shuster Parkway, Tacoma).  The Park is located on the Tacoma Waterfront near Old Town along Ruston Way.

The 10th Annual Tacoma Moon Festival is a live festival featuring dancers and musicians, artists and craftspeople and hands on activities for kids and the young at heart. Food vendors and the Wine and Beer Garden will feature local food and drink.  Visitors can go to the popular teahouse tent to sample varieties of tea. Docents will be on site to lead tours of the park, explaining the tragic expulsion of the Chinese community in 1885 and the City’s commitment to build the park as a place of contemplation and renewal.

Parking is limited and drivers are encouraged to park up the hill in the parking lots in Old Town and walk down to the park.

The 10th annual Tacoma Moon Festival is produced by the Chinese Reconciliation Project Foundation, in partnership with the City of Tacoma and Metro Parks. The event would not be possible without community support, volunteers, as well as individual and organizational sponsorship. The festival annually draws large crowds of attendees from all over the Puget Sound area, and with the event finally returning to in person and admission remaining free this year, more are expected to attend.

To become an event sponsor, please click here for more details. Interested in becoming a vendor or providing an info booth for your organization? Click here. 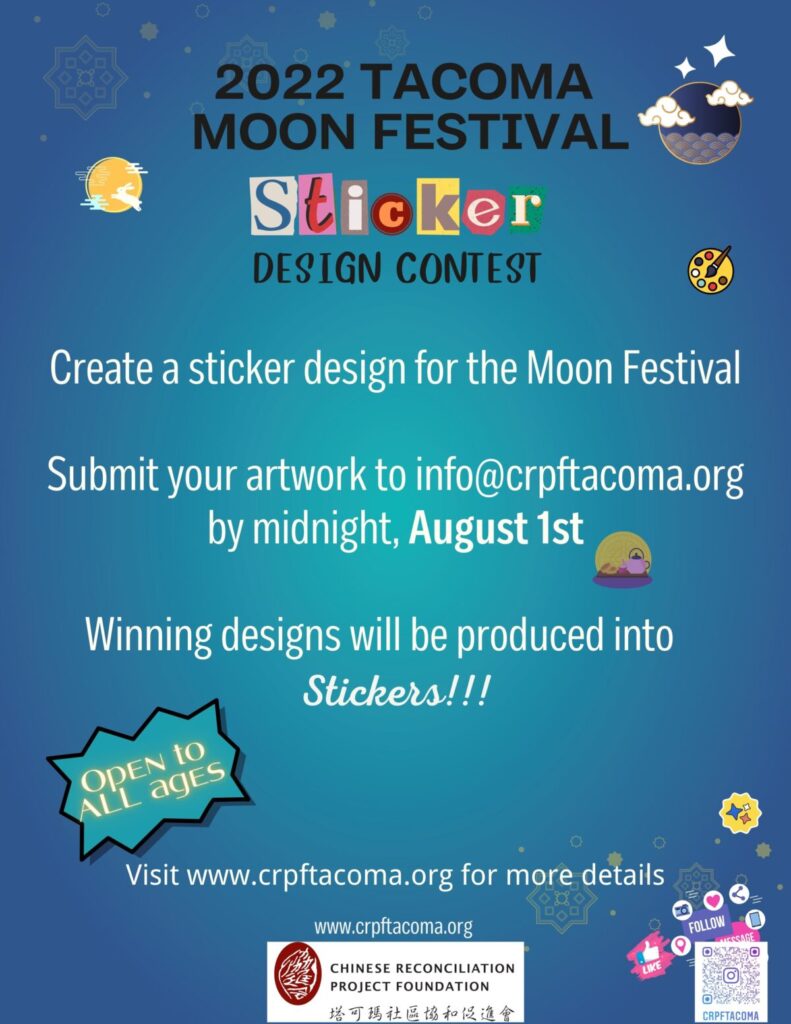 Send in a scanned JPEG file (high-resolution) of your design to info@crpftacoma.org with the proper file naming convention:

HISTORY OF THE MOON FESTIVAL

The Moon Festival occurs on the 15th day of the eighth lunar month every year. It was originated over 3000 years ago in China, and is celebrated all over the world, both by Chinese and other Asian communities.

In ancient China, the emperors worshipped the moon in the fall to appreciate the fall harvest and pray for blessings for the coming year. Nowadays, it has become a time for family and friends to gather and enjoy the fullest moon of the year. One of the most representative traditions that people do is to eat mooncakes (a Chinese pastry with sweet or savory fillings wrapped in dough, and often pressed with beautiful designs). Some of the signature fruits people enjoy during this holiday include grapes, watermelons, and persimmons. People also celebrate the special day by doing the lion dance, and lighting and hanging up lanterns.

In ancient times, the Earth once had ten suns circling over it, each taking its turn to illuminate the Earth. One day all ten suns appeared in the sky together, which scorched all crops and made people’s lives miserable. The Earth was saved by a hero named Hou Yi (“ho-EE”), who shot down nine suns out of the sky, leaving just one for the people. For his efforts, Hou Yi received an elixir from the Empress of Heaven. It was said that after swallowing the elixir, one would immediately ascend to Heaven and become immortal. In some tales, the elixir was prepared by a spirit called the Jade Rabbit.

One day, when Hou Yi went hunting, Peng Meng (“Puh-ng Muh-ng”), one of his disciples, demanded Hou Yi’s wife Chang’e (“Ch-AH-ng UH”) give him the elixir. Realizing she would be unable to defeat Peng Meng, Chang’e swallowed the elixir to prevent Peng Meng from stealing it. After drinking it, Chang’e began to float toward Heaven. Chang’e settled down on the moon, the place in Heaven closest to the Earth.

When Hou Yi returned home, he learned about what happened. Shocked and furious, he looked into the night sky and called out her name. To his surprise, he saw a figure on the moon that was exactly like Chang’e. Hou Yi then had an incense table arranged in the back garden and filled it with his wife’s favorite foods and fresh fruits to express his affection for her. When people heard the story about Chang’e, they also set incense tables in the moonlight and prayed for her. 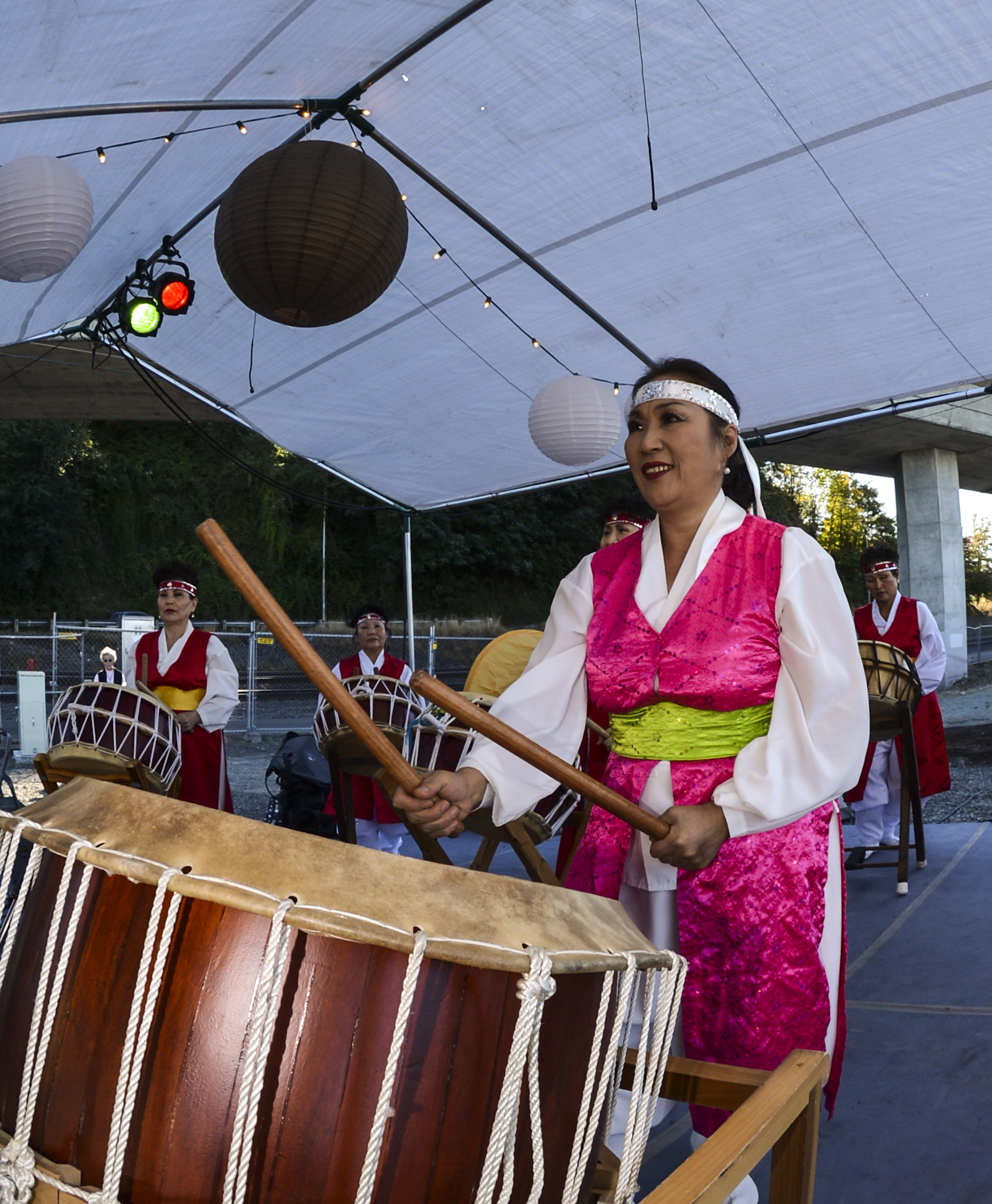